Trump could be impeached before Biden’s inauguration 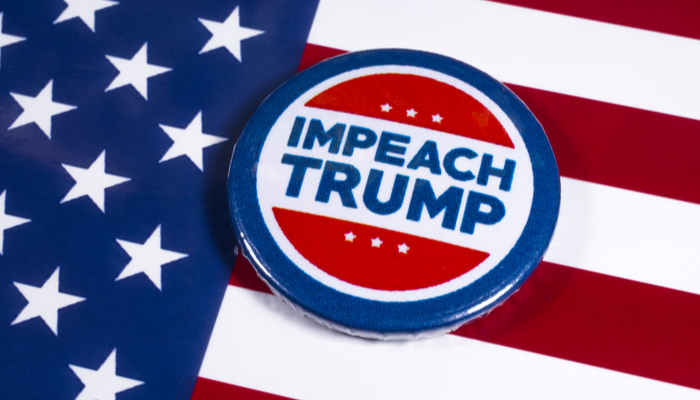 After last week’s riot at the Capitol, politicians are starting to act against the incumbent president Donald Trump.

Yesterday, House Speaker Nancy Pelosi announced that the House would impeach Donald Trump for the second time in less than two years if Mike Pence, the current vice president, and his Cabinet will not invoke the 25th Amendment to remove him from office. She referred to the matter as urgent “because this President represents an imminent threat to both (Constitution and Democracy).”

If during today’s House meeting, Pence will not address the situation, Tuesday the resolution will be voted in the House, and if it passes, it will be discussed in the Senate.

Pelosi’s decision came after last week’s events when the Capitol stormed crowds of pro-Trump supporters after the president himself incited insurrection and violence against the government. Moreover, not only 200 Democrats are in favor of the 25th Amendment, but also Republicans. Senators of Pennsylvania and Alaska stated that Trump must “resign and go away as soon as possible.”

Despite the House’s urgency, the impeachment could not start earlier than January 19, as the Senate is in recess. But the fastest way to remove Trump from office would be Biden’s inauguration, as the latter suggested.

Keep an eye on the movements of the Dollar related instruments such as Gold, USA30, and USA500.

Mixed Q4 for Bank of America

Mixed Q4 for Bank of America