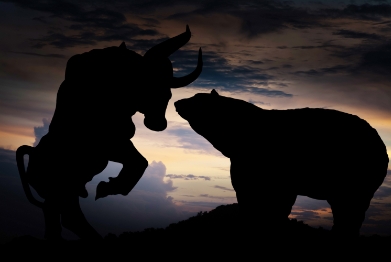 Image: The concept of the financial markets movement.

The markets are always impacted by major events and every trader must keep a close eye on each one before deciding which action to take and what positions to open and close. Here is a list of the events that moved the markets last week:

Last week, the big focus among traders remained the Brexit, after a tumultuous week in which Theresa May suffered one of the heaviest defeat in the Parliament still managing to win the no-confidence vote.

These results boosted a perception in the markets that the U.K. will be able to exit the EU by respecting the Brexit deal.

As a result, the pound rose 1.3% against the euro this week, and suffered its biggest weekly gain since December 2017.

Despite the Central Bank’s decision to leave interest rates unchanged on Wednesday and the hawkish rhetoric over the dismal inflation outlook, Turkish lira traders will have to face plenty of risks in the following months.

Inan Demir, an economist and Nomura Plc in London, said: “The lira seems to be free of the risk of a premature cut ahead of the local elections. Still, it may come under pressure again, “especially if geopolitical tensions re-emerge.”

How Did the Week Look for Oil, Natural Gas, and Gold?

Oil prices climbed Friday for a third weekly gain in a row, influenced by the news that U.S. and China might end the trade dispute. Even more, separate data pointed to further declines in global crude production. As a result, the figures looked positive for oil:

The U.S. Energy Information Administration reported on Thursday that domestic supplies of natural gas were down by 81 billion cubic feet for the week ended Jan. 11. The forecast had been a decline of 77 billion cubic feet, on average. After the announcement, February natural gas NGG19, -4.74% traded at $3.531 per million British thermal units, up 15.4 cents, or 4.6%.

Although January used to be a good month for gold, with the precious metal gaining in the past five years, this year gold posted worst start. 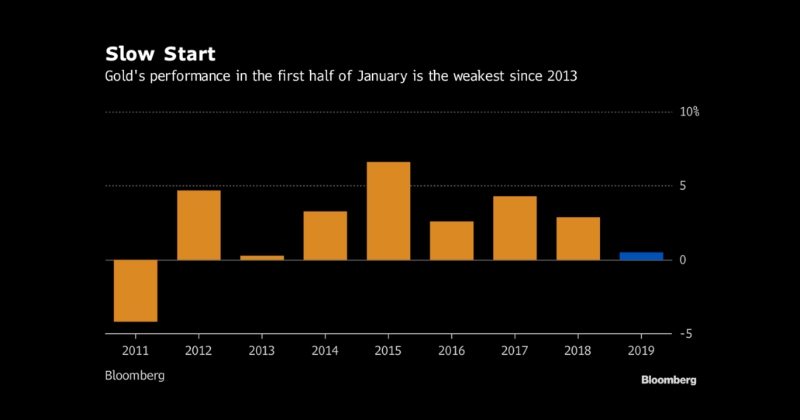 Image: Gold’s performance in the first half of January.

Both European and American Indices Showed a Strong Start

Last week, European shares jumped to their highest level in six weeks as the trade talks between the U.S. and China lifted the markets form Wall Street to Beijing. Therefore, the figures looked pretty good for the European indices:

In the U.S. the numbers were positive as well:

Facebook (FB) shares have been up since Christmas, but to keep the good pace, the company will have to impress investors with the Q4 results that shall be reported on January 30th. On Thursday, through early afternoon trading, Facebook stocks hovered at around $148.27, which represented a 32% downturn form the 52-week high. 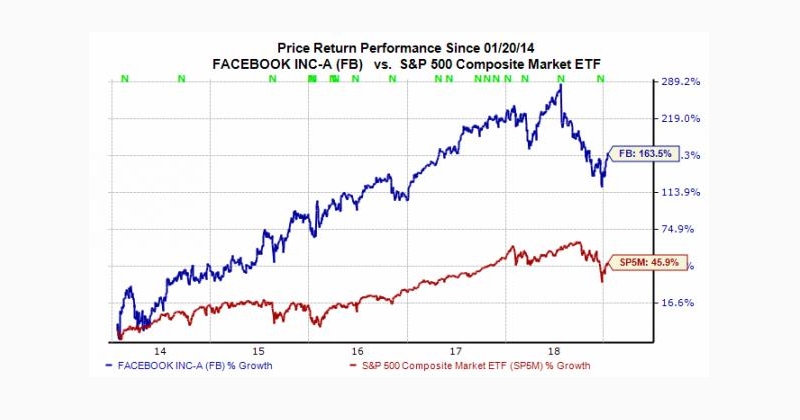 Apple (AAPL) has been in talks with three private Medicare plans as the company wants to get Apple Watches on the hands of millions of people over the age of 65. The company is considering a $279 price tag that is the starting cost of an older model.

Amazon (AMZN) is presumed to stop selling facial recognition to the government after the investors pushed for such a move. The resolution was organised by Open Mic. and the shareholders supporting the letter have over $1.32 billion worth of assets under management.

On Thursday Netflix (NFLX) missed forecasts made by Wall Street for first-quarter revenue, and shares dipped. Recently, Netflix has started to face increasing competition from established TV and movie producers, such as Walt Disney Co, AT&T Inc, and Comcast Corp.

After a failed project in the smartwatch market, Google (GOOG) bought smartwatch technology for $40 million from Fossil (FOSL). The agreement includes intellectual property that is under development at Fossil.